Discover castles of the 7th art! 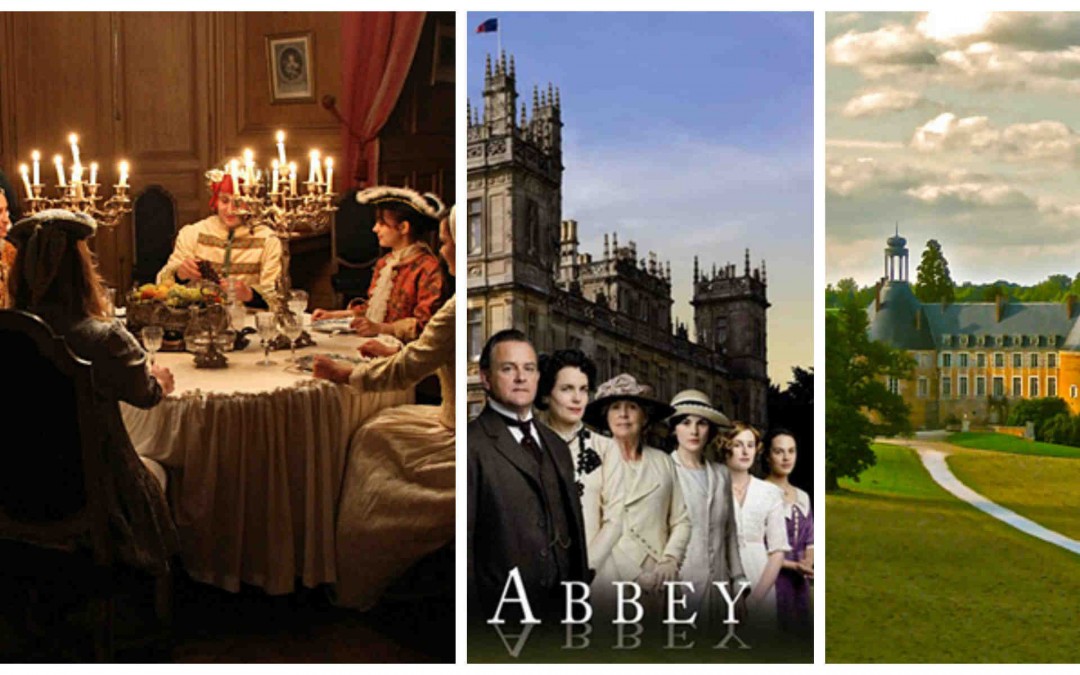 Whether in films or series, in France or elsewhere, many castles were chosen as film locations. These sumptuous locations do fantasize more than a fan of the 7th art and are privileged places for historical reconstructions or family stories. Moreover, it is a source of income for the owners of these castles.

Here is an overview of some of these castles:

This short French drama series (6 episodes) shows the life of an aristocratic family, the Plessis-Vaudreuil family, from the beginning of the 20th century until the years 1960, through famous historical events. This series is based on a novel written by Jean d’Ormesson and has been filmed at the castle of Saint-Fargeau which belonged to the family of Jean d’Ormesson.

This castle located in Yonne (Bourgogne, France) has been bought by the Guyot brothers, Michel and Jacques and is now open to the public. Each summer, historical shows and visits at the candle light are organized. Downton Abbey is a British period drama television series. Millions of fans have watched the 6 seasons of this series which depicts the lives of the aristocratic Crawley family and their servants in the post-Edwardian ear. Throughout this series, their lives are impacted by historical events such as the sinking of the Titanic, the First World War, the Spanish influenza pandemic…

This series has been filmed at the Highclere Castle (West Berkshire, UK), which belongs to the Earl and Countess of Carnarvon. This castle, its parks, exhibitions are open to the public. You will recognize numerous shooting locations of Dowton Abbey series. You may also rent rooms or book private diners and visits of the castle. Lots of famous movies and series have been filmed at the Alnwick Castle (Northumberland, UK). These series include the worldwide famous series Harry Potter (8 movies) based on the books written by J. K. Rowling and Downton Abbey (television series, 6 seasons). Indeed, this castle is featured as Hogwarts in the first two episodes of the well-known wizard story. This is also the place where were celebrated Christmas in the Downton Abbey’s 2014 Christmas special.

Lots of activities and exhibitions take place at the Alnwick castle. You can also rent rooms of the castle to organize your events. The movie « Horseman on the roof » is based on a novel written by Jean Giono. It tells the story of a young Italian, nobleman, colonel of hussars, who must leave Italy, at the beginning of the 19th century. He will then arrive in France. A part of the Plot has been filmed at the Vaulserre Castle.

This private castle, located in Isère (France) is open to the public during the summer. Concerts are also organized.