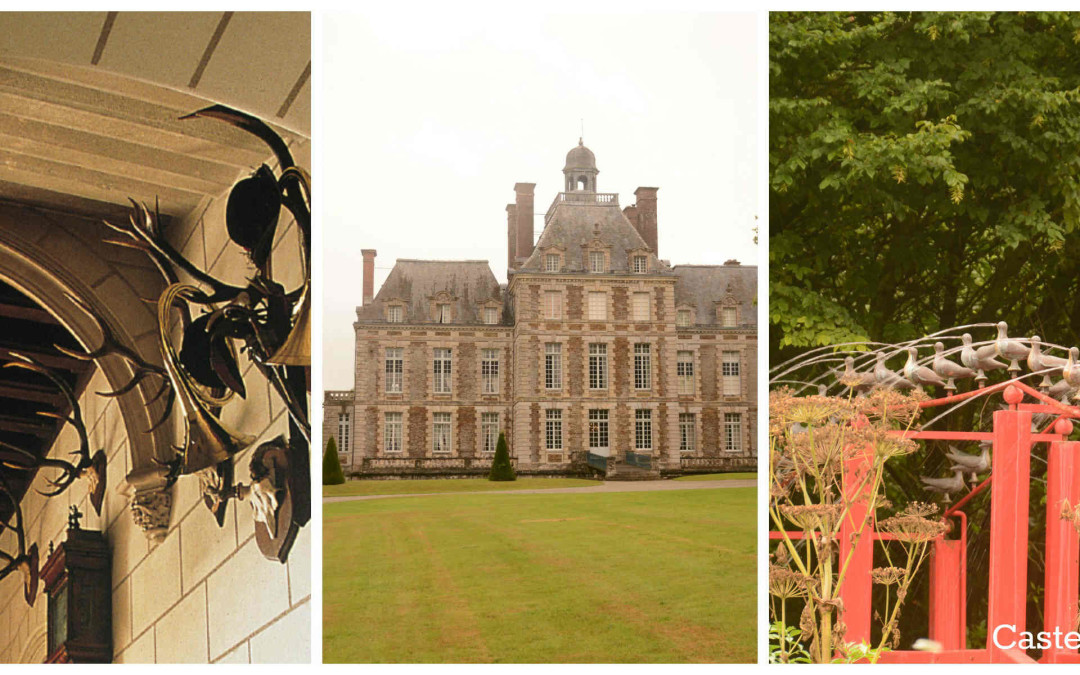 Castles are the first passion of their owner, which is important given the time it takes for the maintenance of a castle. However, some owners have other passions and they take advantage of their castle for the benefit of visitors.

Exhibiting his passion in his castle makes this castle, and the organized tour and activities, even more unique and it allows to reach another public: the one who is attracted by the same passion, whereas without this passion, it would certainly not come into the castle.

This castle was bought in the 20th century by an American family. The owner who bought the castle had a crush for Normandy during the landing of the Allies in 1944, in which he participated. Years later, he returned and bought the castle of Balleroy. Besides titanic work he undertook to renovate the castle, he also created the Balloon Museum, the only Balloon museum in the world. In fact, the owner was passionate about balloons and also won several awards.

Although this museum, located in one of the outbuildings, deserves a refurbishment, it is very interesting. We learn the history of ballooning, balloons with gases and hot air, we see many performances, video, the Balleroy balloon … Moreover, every year is organized a gathering of hot-air balloons. Montpoupon, it’s a family castle, a park, forest pathways … We see furnished rooms, a voice guides us throughout the visit, we take time to admire this tall castle and we understand rapidly that the owners family is a family of hunters…

Then we move towards the outbuildings, we penetrate into a stable and suddenly we are totally immersed in the world of hunting. This museum is very rich in discoveries: we see invitations, Hermès scarfs, outfits of various crews, saddles, paintings… Whether you are a hunter or not, this museum worth a visit.

Do you want more? Every year, the castle also organizes celebrations of hunting, a unique opportunity for you to immerse yourself in this world. It’s also an innovative castle, discover the last ideas here. Vendeuvre is above all a charming homestead. At the entrance of the property, you discover a first passion of the owners: the miniature objects. For people passionate about these objects, it is paradise, for others, this a great opportunity to discover this universe. Then, in the castle, you will discover other passions: the objects originating from Asia (theme of the exhibition of this year (2015)) automaton, miniature objects (again) … and niches! Niches? You will discover a whole collection alongside the kitchens in the basement of the castle.

Then, in the park, another passion: the gardens and fountains. The park is a real surprise, you move from one atmosphere to another, many water jets engage automatically as your walk … A real pleasure!

Passions, collections and surprises are the main features of this visit. The castle is probably a little too full, there are a lot of objects and not much room to move but can we blame a landlord to be passionate?