Nowadays Castles, Throughout the seasons 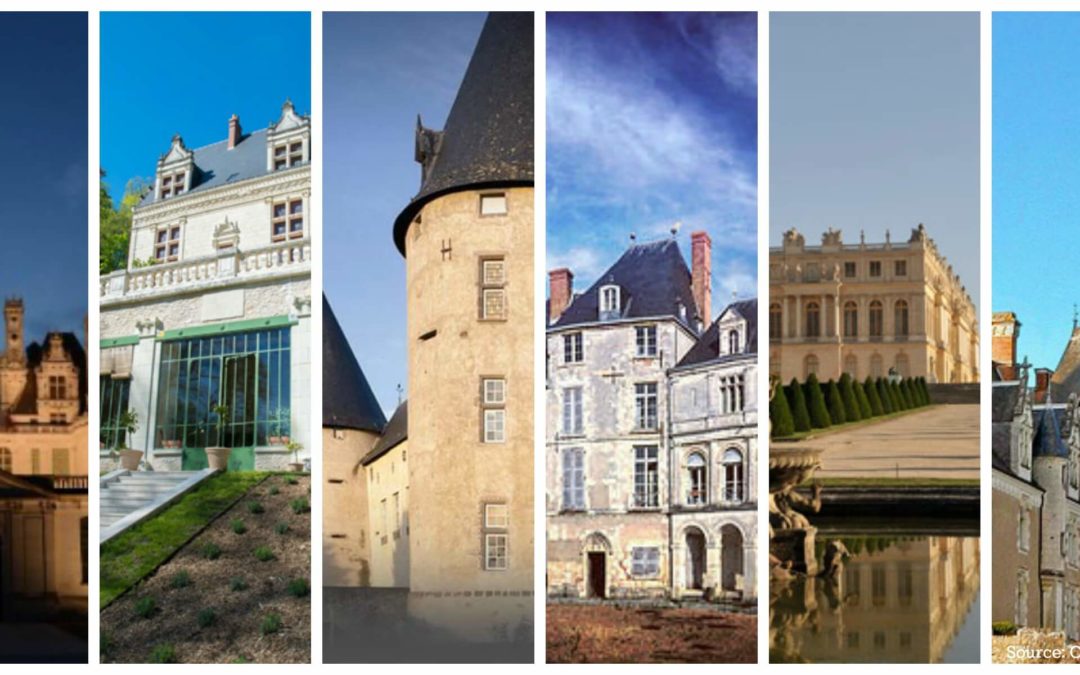 Residence of several kings of France, first area of orange cultivation in France, after 4 years of meticulous work, the Château Gaillard Amboise rises from its ashes. This private renaissance castle and its park have been open to the public since June 14, 2016. You can visit the castle, the park and the orangery. Saint Brisson sur Loire Castle has been acquired by Lancelot Guyot (who also manages the castle of Beaumesnil in Normandy) in 2015. This Loire chateau is located further up the river. After restoration work, the castle has again been open to the public since July 2, 2016. The visit tour has been completely redesigned. First, a classic visit is organized within the castle, you can explore the castle, take part in different games and medieval activities. Further, and in parallel to the classical visit, it is also possible for you to unravel the mysteries of Saint Brisson: lead the investigation, find clues and collect codes that will unlock the coffers of the treasure room!

This stately home was built late fifteenth and early sixteenth century, transitional period between the Middle Ages and the Renaissance. Closed to the public for 2 years, the castle of Villeneuve- Lembron has re-opened to the public on July 8, 2016! During these two years, the Centre of National Monuments of France launched a major restoration campaign and acquisition policy (including 8 portraits of the family Pélissier de Féligonde, the last major owner of the castle of Villeneuve- Lembron). You can discover the castle during a guided tour and many temporary events are offered for children less young people (program available on the website), as well as unusual visits. Castles of Montpoupon, Chambord and Versailles have been open to the public for decades. However, 2016 is a year of innovations:

At Montpoupon (Indre-et-Loire, France), you can visit new rooms

We had already written about Montpoupon castle here (passions & castles) and here (hunting & castles). Located in the Loire valley, this private castle has opened to the public new rooms from 2016: private apartments on the 2nd floor and a Middle Ages tower. You may visit theses rooms during a guided tour, which is not the case for the other rooms and the hunting museum (located in the castle’s outbuildings). In the Palace of Versailles, the carriages gallery has been re-opened to the public

After 9 years of restoration, the Hall of carriages of Versailles Castle (Yvelines, France) is again open to the public (we have already written about Versailles Castle here). You can also discover carriages interiors on the web! The carriages are real masterpieces, designed to draw attention, each of these carriages corresponds to key moments of the history of France such as baptisms, weddings, coronations and funerals of French royal family members or politicians. Chambord Castle (Loir-et-Cher, France) is one of the most famous castles in France or in Europe (we have already talked about it here) . It has been possible to visit it this for decades and it is constantly innovating. Since 2016, the eighteenth-century kitchens have been opened to the public. A new type of visit is also proposed: a visit with a histopad! The histopad is a digital tablet using augmented reality. At any time, you will see the castle as it was in the sixteenth century, you can read additional information about the furniture of the rooms of the castle … This tablet also offers a fun treasure hunt for children.